Homebuyers remain in awe of the Tudor style home. The architectural design offers European flair and old-world design. The Renaissance-period homes possess characteristics that have stood the test of time in residential environments. 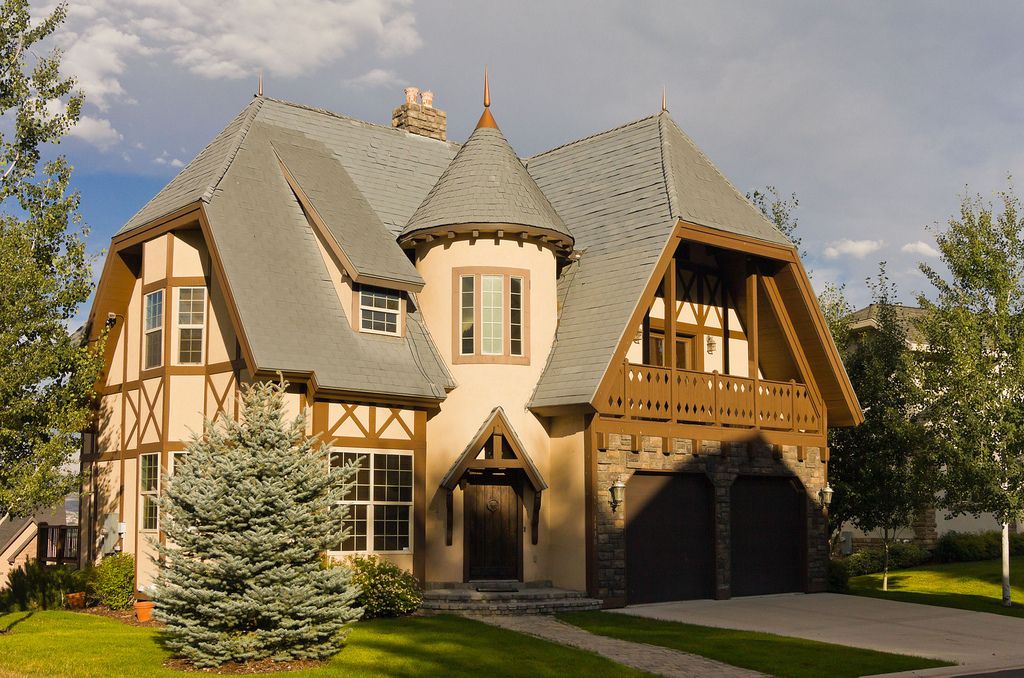 Asymmetrical layouts, elaborate stone, and landscaping, and brick walls are a few signature traits of the Tudor home. Gable roofs, detailed doorways, and chimneys are also indicative of the Tudor style.

What Is A Tudor Home?

Homes that look like cottages from the English rural countryside follow Tudor design. The style emerged in the late 16th century and remained popular for roughly 70 years.

English Tudor homes built in 1890 and through today follow the Tudor Revival style. In the US, Tudor homes became popular in American suburbs with styles inherent to their region. The house variations sparked Tudor Revivalist designs.

Here are 20 examples of English Tudor homes. Each home illustrates the beauty of Tudor house architecture and design. 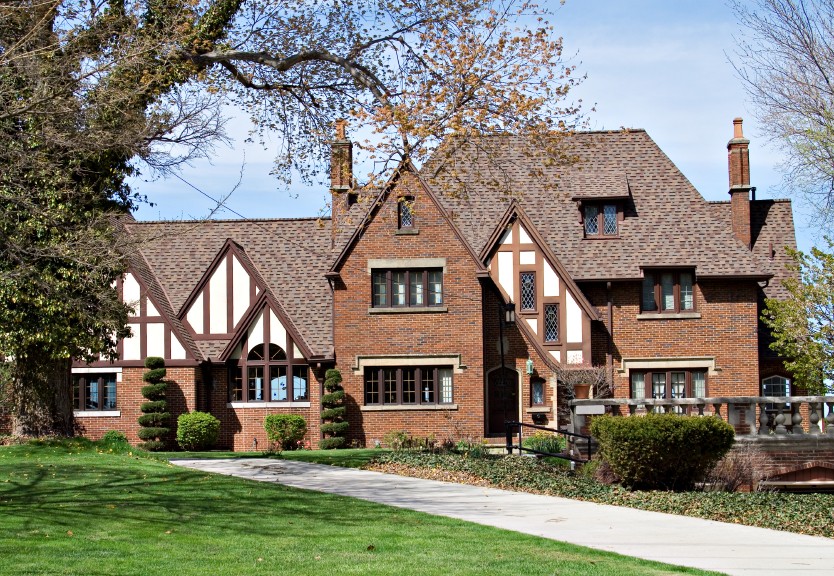 With Tudor homes, landscaping is just as important as the home it surrounds. Harmony is the focus of Tudor home landscapes. A relationship exists between the outside environment and the home. 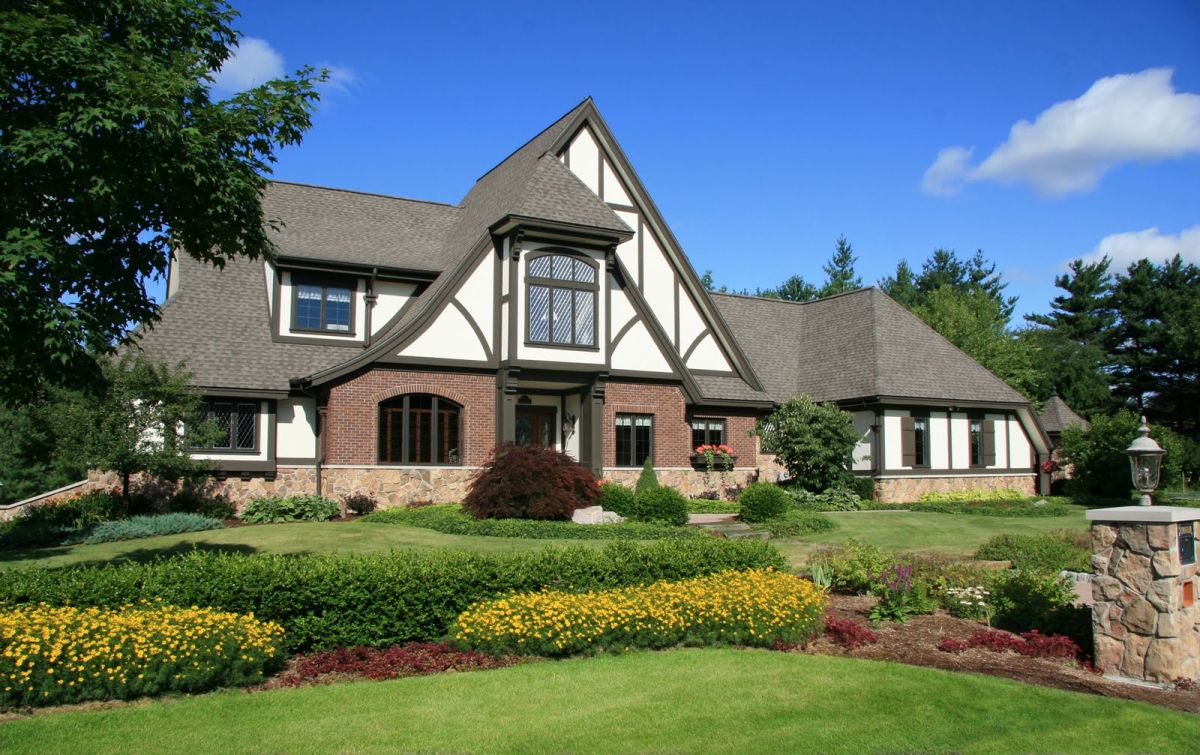 Color blocking refers to the practice of adding color to a Tudor layout. The homes enjoy a reputation of having high curb appeal. 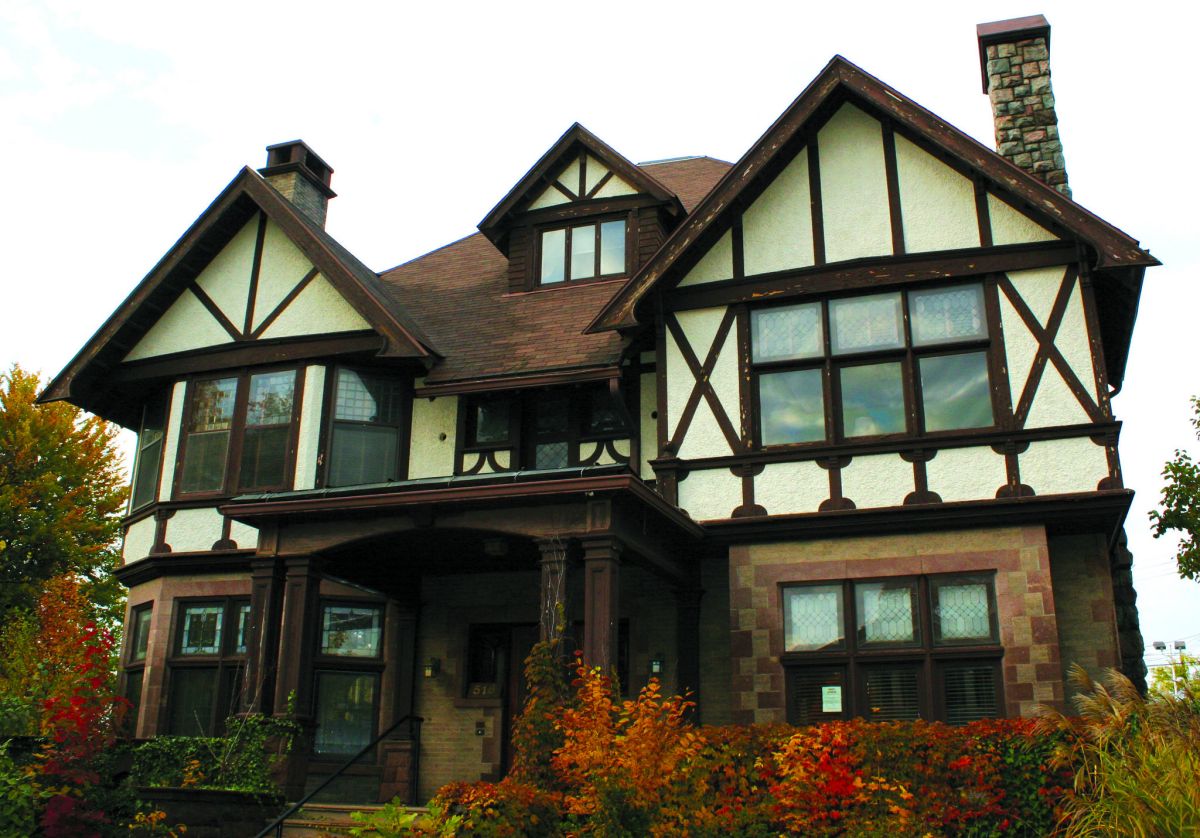 When a smaller home holds the Tudor style it represents an English charm that we imagine seeing on the green slopes of Europe. 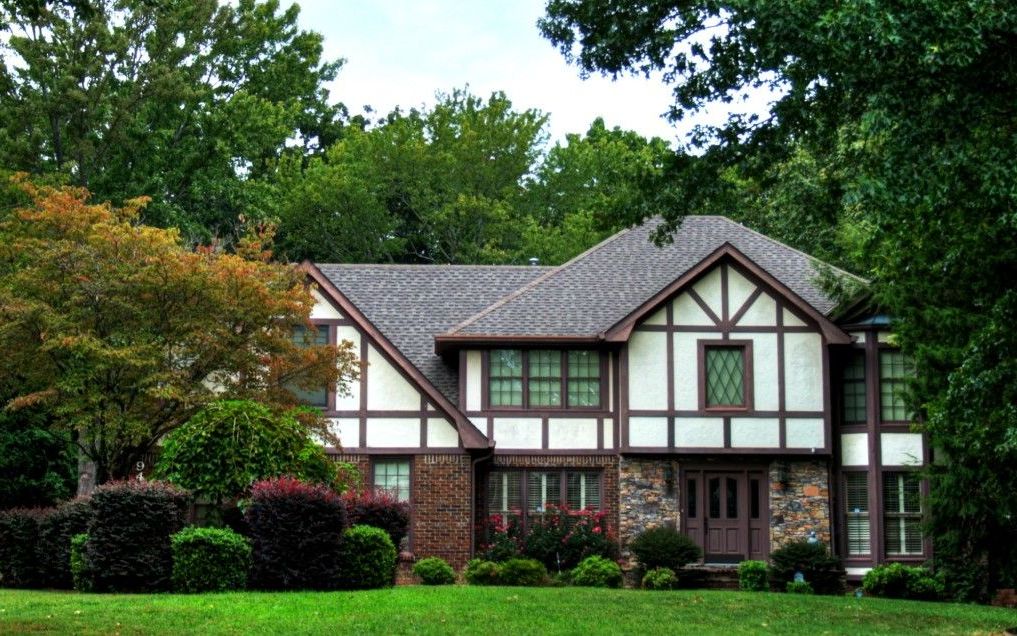 In this example, the Tudor home design was combined with a contemporary approach. Common among all Tudor homes is the use of stucco mixed with exposed timbers. 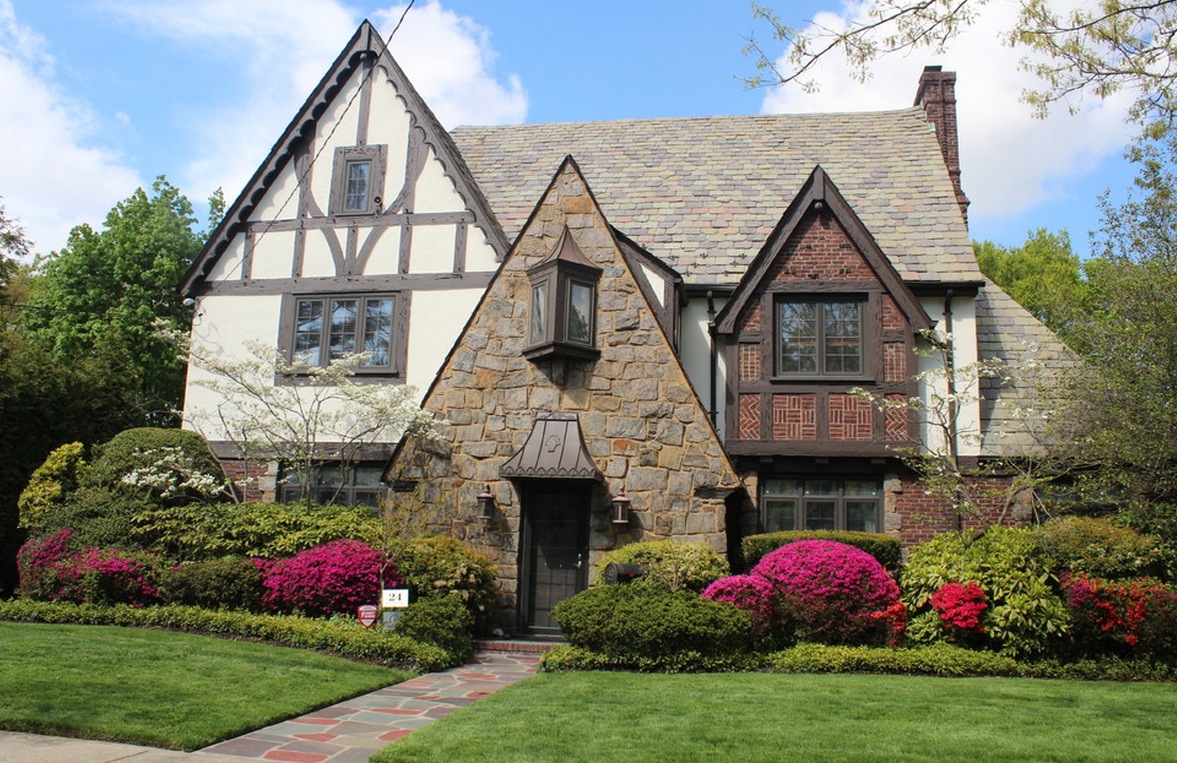 The gingerbread house style shares the same DNA as Tudor-period architecture. A slender front door with a small awning is a signature touch. 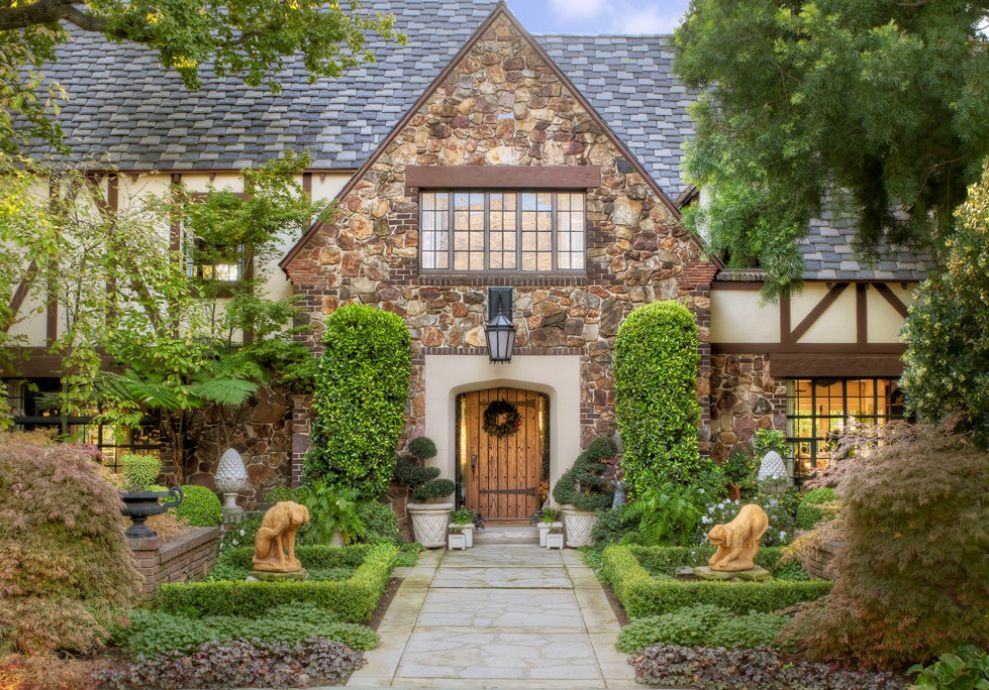 Tudor homes offer countryside appeal. In this example, the home looks like it could be in a rural setting.

At every angle, Tudor homes feature a different view and look. Nothing is the same and every nook is detailed and made to feel luxurious and timeless. 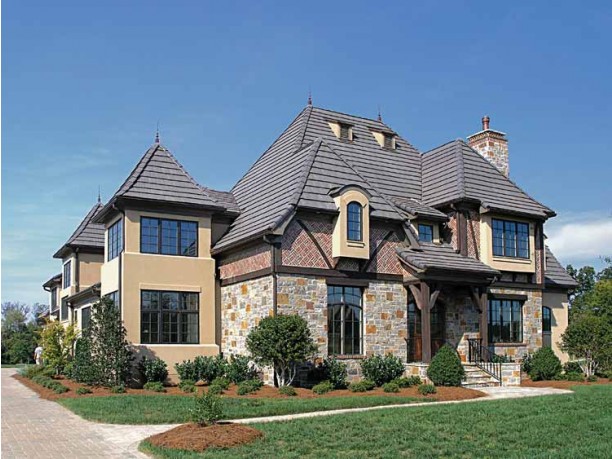 Tudor homes offer a sense of royalty and class. The Renaissance-inspired details involved in the construction are intricate and stylish.

You can even build or find Tudor style homes with a more grandiose demeanor, meaning they look slightly like a castle. 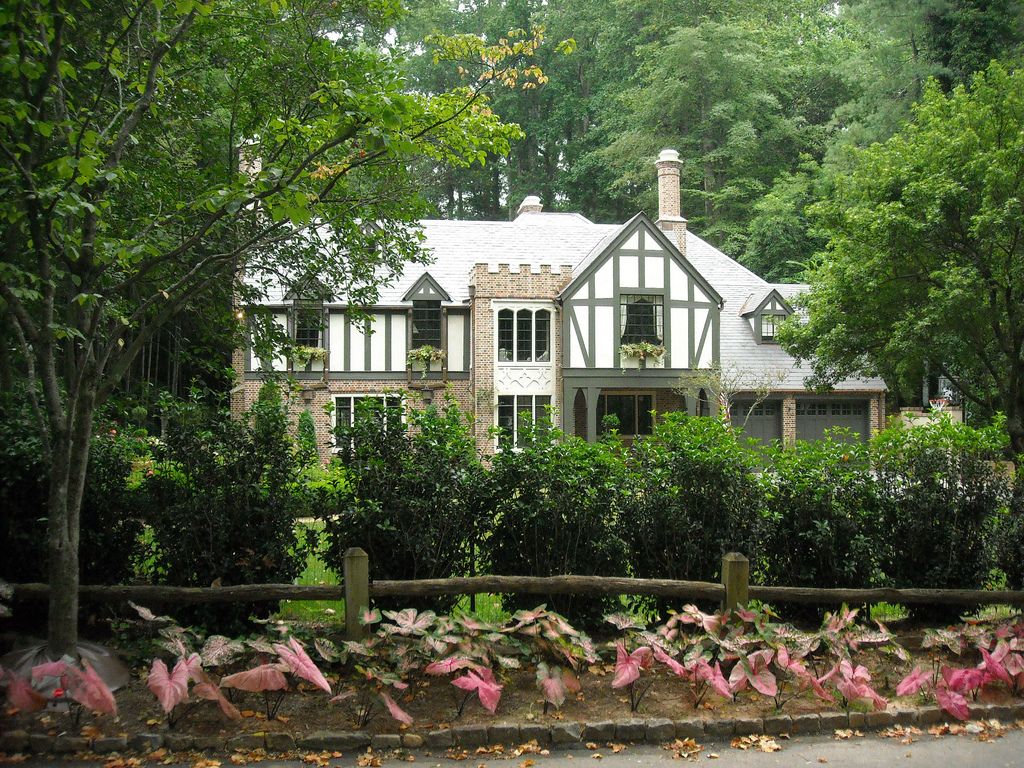 Remember, one of the most distinguishing characteristics of a Tudor style home is its asymmetry, and here’s a beautiful example of that idea in the flesh. Castle-like features and embellishments fill this home. 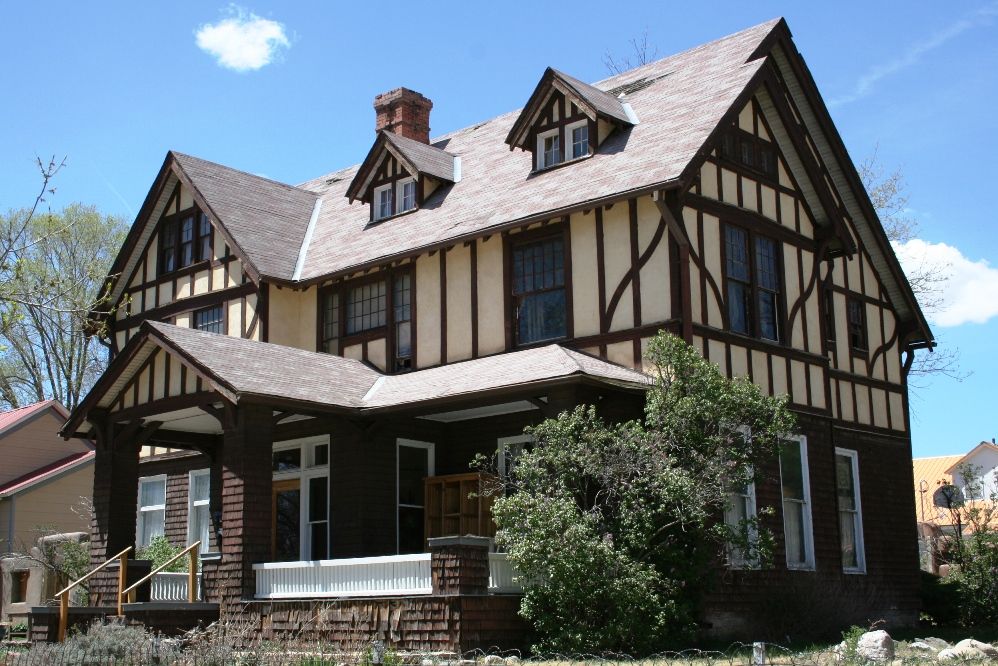 Timbered framing refers to the wood accents around the doors and windows. You can find some that are more accented and others that are a bit lighter. 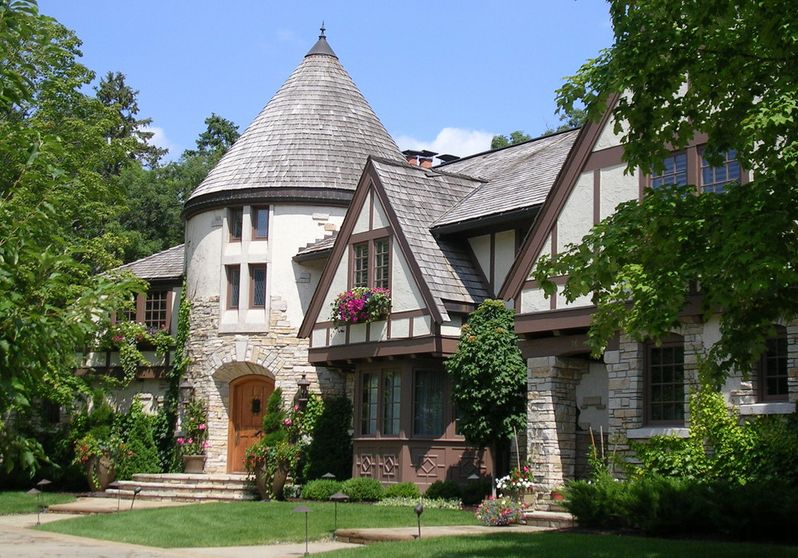 The front door of a tudor home is the cherry on top of the chocolate fudge sundae. In this example, a light-tone oak door complements the surrounding stone facade. brucekading. 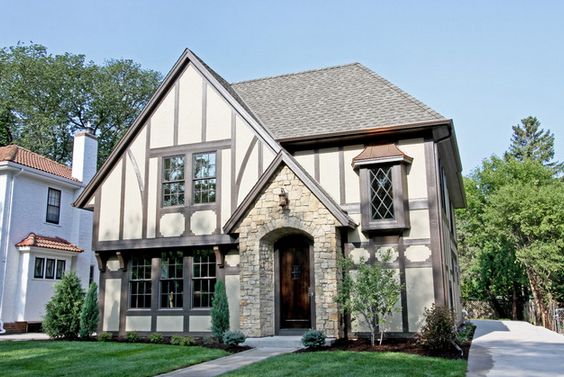 Whether it’s seated from the inside or matching the neighbors, all that matters are the details. Casement windows are the Tudor standard. 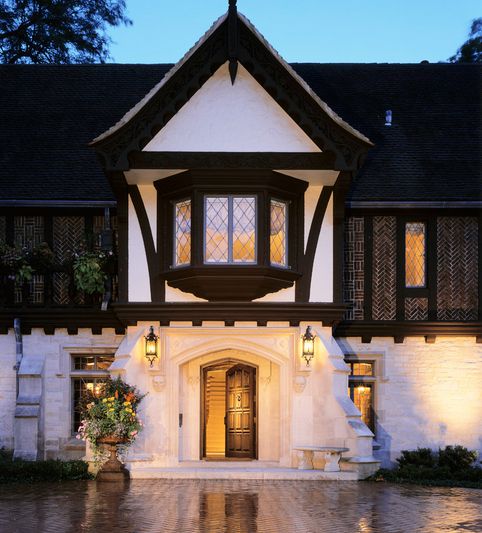 Other accents of these medieval-inspired home include oversized features. For example, this gorgeous Tudor home has an oversized window placed above the smaller, front an impressive, extravagant look.

Some Tudor homes are longer than others. This stucco-covered piece is built outward rather than going up every level.

French Tudor homes combine elements of English and European architecture influences. Inspired by both the Renaissance spirit and French accents, it’s hard not to fall in love with the outward style and its pristine landscaping.

If you look closely enough, you’ll see how each room is highlighted by their exterior designs. For example, the bay window is offset by stone whereas the rest of the house features stucco. 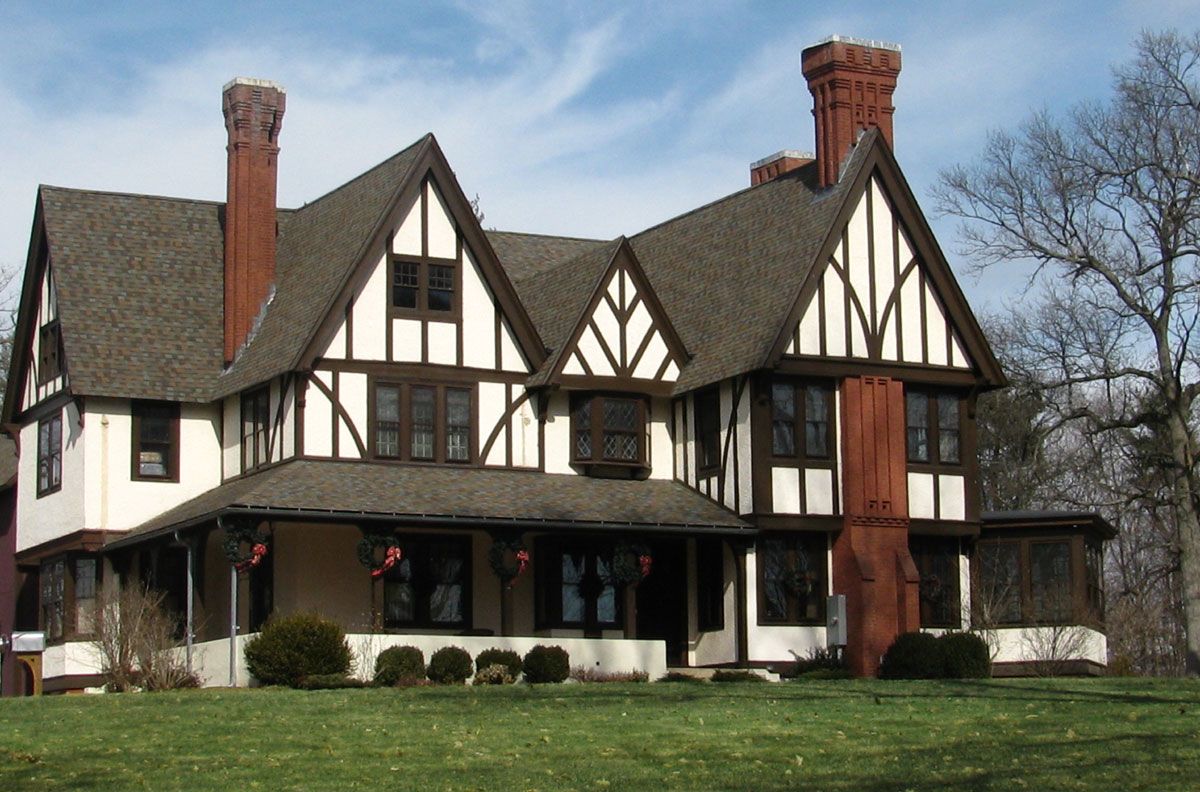 Porches aren’t popular among Tudor homes, but regional influences have impacted their design and development. 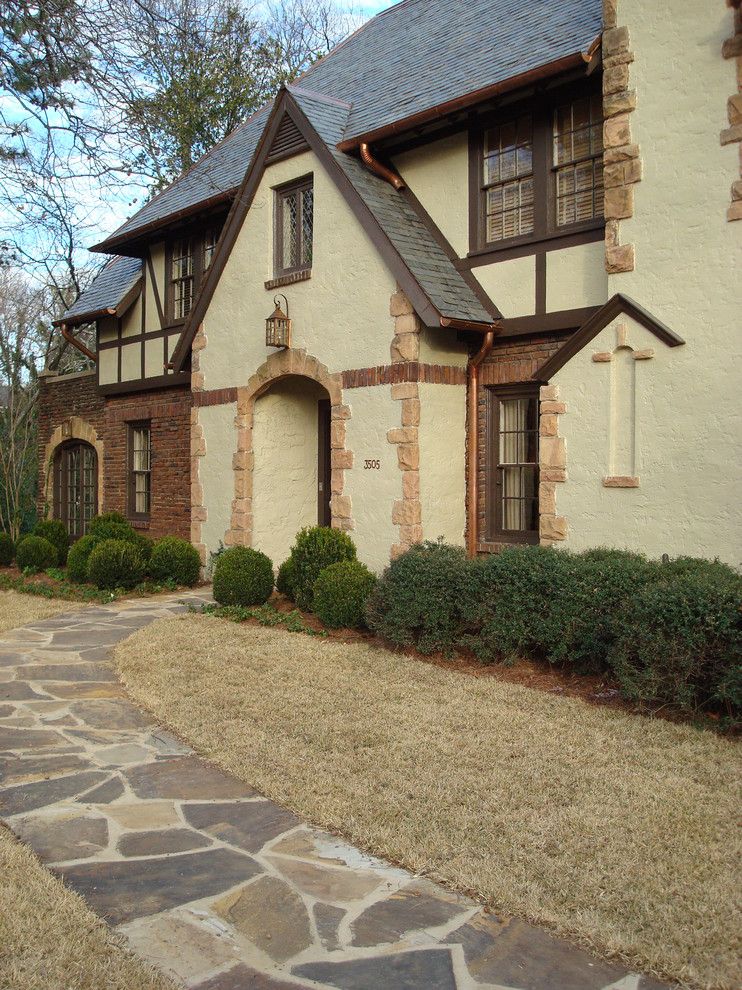 Stone walkways help to create the Renaissance, medieval look you may be going for when you decide on a Tudor home. There’s an old-age quality that helps compliment this vintage feel. 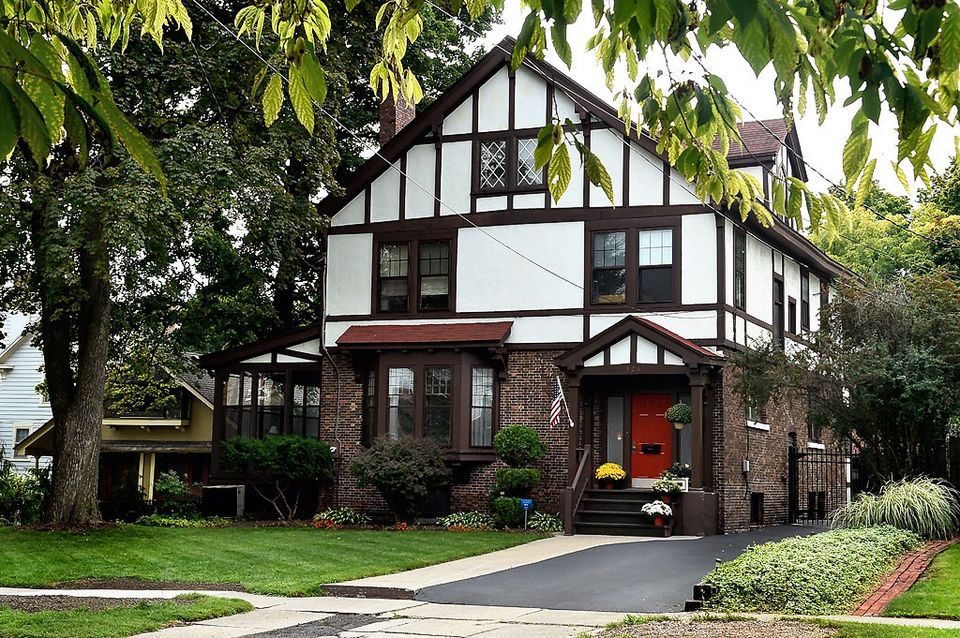 These homes don’t have to be set on a large area of land all alone. Instead, you can find or build smaller versions inside older neighborhoods without the ultra grandiose vibe.

Why Is The Trim Color On Tudor Homes Always Dark?

The trim on a Tudor home is usually dark brown. When Tudor homes were first built, the house beams were oiled, which made the look darker.  In keeping with traditional appearances, Tudor homes feature dark brown trim because it looks like oiled wood.

What Is The Most Common Example Of Chicago Tudor Style?

Chicago’s Victoria House, built in 1893, started the city’s Tudor Revival movement. It is considered to be one of the most elaborate Tudor-style homes ever built in the Midwest. The house is revered for its striped awnings, a central tower, shingled roof, and clean cut chimneys.

What Type Of Windows Does A Tudor Home Use?

Tudor homes use casement windows. The window style features two or three windows next to each other.

The Tudor home style is just as prevalent in the 21st century as it was in the last century. Critics remain vocal about the style but no avail. In 1935, Anthony Bertram said, ‘The man who builds a bogus Tudoresque villa or castellates his suburban home is committing a crime against truth and tradition,” and yet continues to enjoy uninterrupted success.

Tudor revival homes are still going strong. You won’t find many Tudor style homes for sale because they don’t stay on the market long. What this proves is how English Tudor style homes remain in high-demand among US homebuyers.
( function( $ )
$( ‘.faq-section .faq-q’ ).on( ‘click’, function( event )
event.preventDefault();
$( this ).closest( ‘.faq-item’ ).toggleClass( ‘toggled’ );
);
)( jQuery );