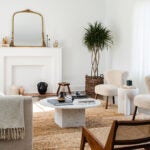 As of this very moment, 78,573 is the number of results you’ll get when you go looking for home decor on Target.com—78,573! You could spend an entire weekend scrolling from one page to the next and not even make a dent. It’s the same story for other big-box retailers that have accrued an unlimited assortment of affordable products. Blue-light glasses or not, wading through all that stuff to find chic pieces is overwhelming, but luckily Julianne Santos has done a lot of the hard work for us. The Miami-based designer has become an expert of sorts at sourcing luxe-looking furniture and accessories from mainstream brands, and her latest project is proof.

A local salon owner brought Santos into her home to jazz up her living room, dining area, and entry’s builder-grade bones. Her budget wasn’t a shoestring one, but it was tight enough to take totally bespoke furnishings off the table. “A lot of people have asked if the sofa is a custom piece,” reveals Santos. The designer’s response: It cost $1,400 at City Furniture (a Florida licensee for Ashley Furniture Home Store). “I loved that it was linen and that you can’t see the legs,” she points out. Going for a fully monochromatic scheme with pillow covers from H&M Home (filled with inserts from Amazon) made the seating look more expensive than it really is.

Ahead, Santos shares how she spots hidden gems when she’s scouring big-box shops.

While seemingly inspired by Viggo Boesen’s Petra chair (which typically retails for upwards of $6,000), the equally cozy Zara Home armchairs were a fraction of the cost at $330 each. “Even though they’re neutral, the terry cloth differentiates them from the other pieces,” says Santos. The designer repeated the chunky nature of the upholstery by opting for a thick jute rug from Target’s Studio McGee collaboration.

“I am obsessed with stools,” notes Santos. When not being used as bonus seating or a spot to prop your feet, the teeny wood surfaces are simply another place for the eye to rest. “They add so much depth and warmth, even if your style is on the minimal side,” she adds. While the one underneath the homeowner’s marble coffee table was something the designer sourced from Africa, the one by the fireplace was a Zara Home score.

To strike a balance when styling the fireplace mantel and the West Elm wood credenza, Santos followed the “rule of three,” which basically says that arranging items of different sizes and heights in odd numbers is more appealing than even, symmetrical groupings. “Spacing is super-important,” she points out, calling attention to the gap in between the giant stoneware vessel and the stack of books.

Double Up on Drapery

The linen-blend window treatments were an Amazon steal, but instead of going with just one pair of panels for each window, Santos ordered two extra curtains for each side. “You get more volume,” she explains. She made sure to mount the black rods right underneath the ceiling molding to achieve a sense of drama.

Elevate Art Without Using Any Nails

The dining room needed the least amount of work (the client already owned a West Elm dining table and woven chairs), so Santos simply stuck to the artwork. As a low-lift solution, she bought a basic concrete pedestal from Pottery Barn and topped it with an oversize vase. Then she casually leaned a giant print she found on Etsy, which she had framed at Michaels, on top of the buffet.

Because the ceilings in the entryway are fairly high, one lonesome mirror wasn’t going to do the space justice. Instead the designer combined four 24-by-30-inch rectangular ones from Target so she could take advantage of the vestibule’s height. “I knew we were going to have a big mirror leaning in the living room, so I wanted to do something different in the entry,” she says. She also added the wood console table to her cart for a mere $300.

Generally when going the big-box route, Santos eyes up items that are neutral in color and leans toward organic textures like raw wood and cane. “They’re just so timeless,” she shares. Here are four pieces that are currently in her bookmarks tab: 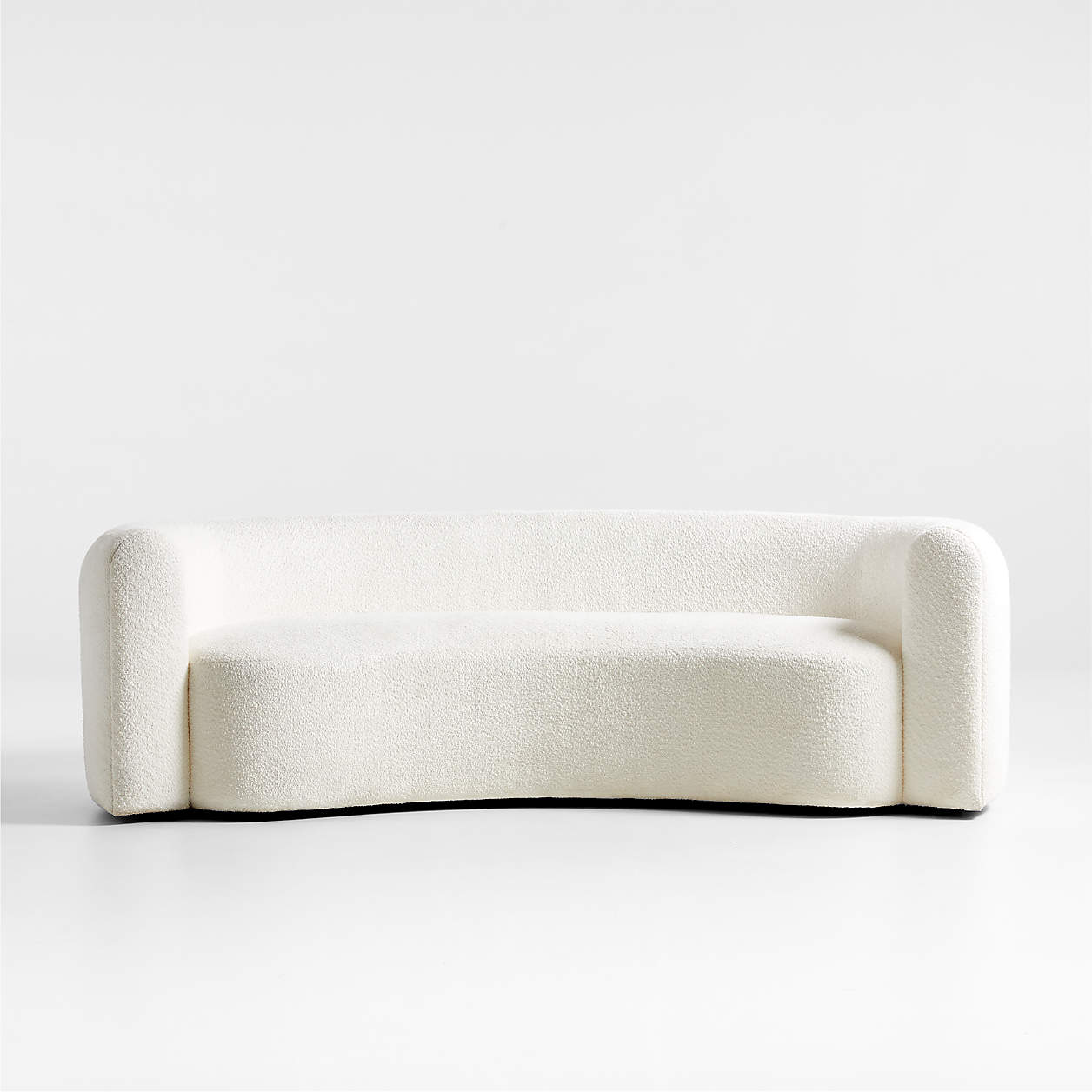 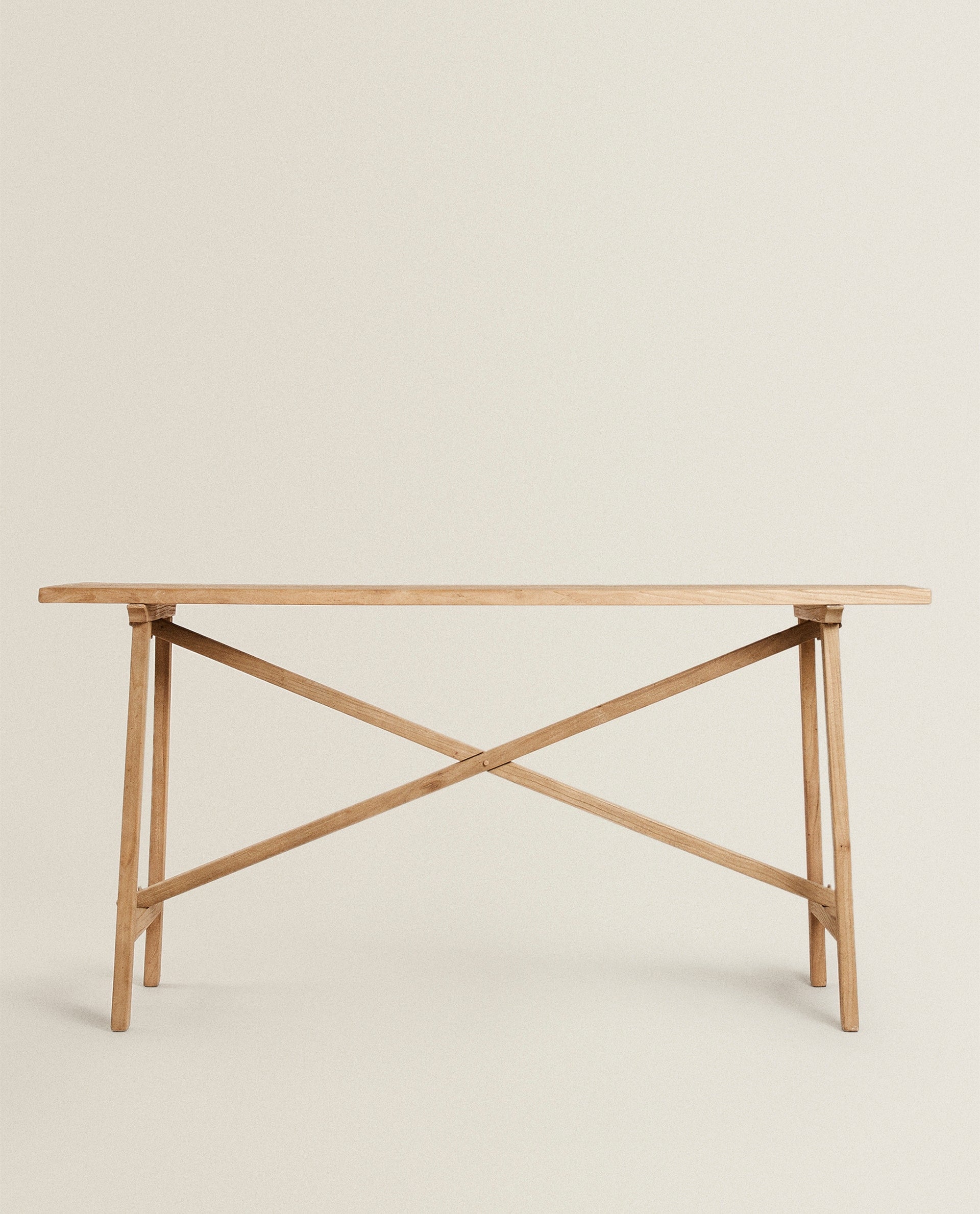 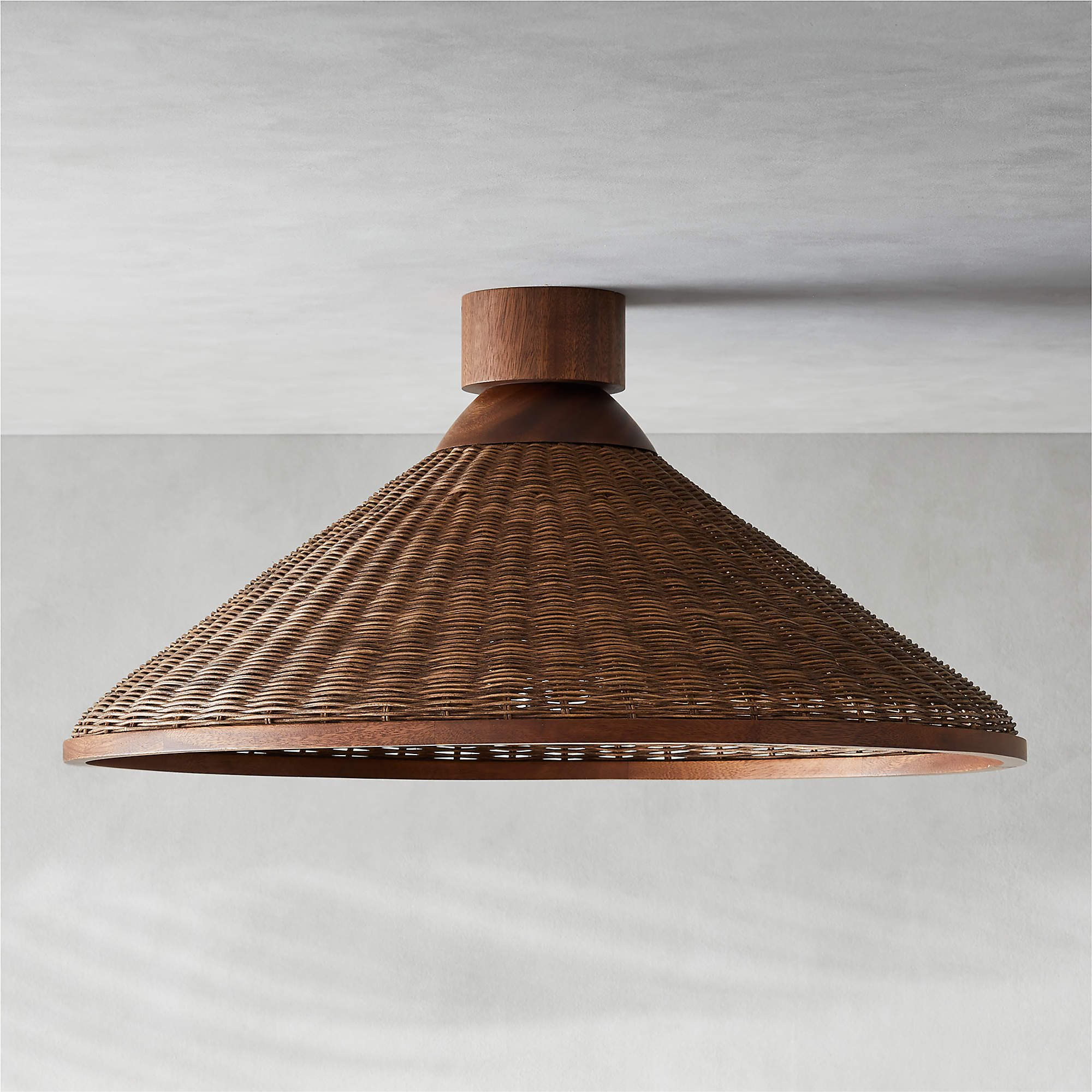 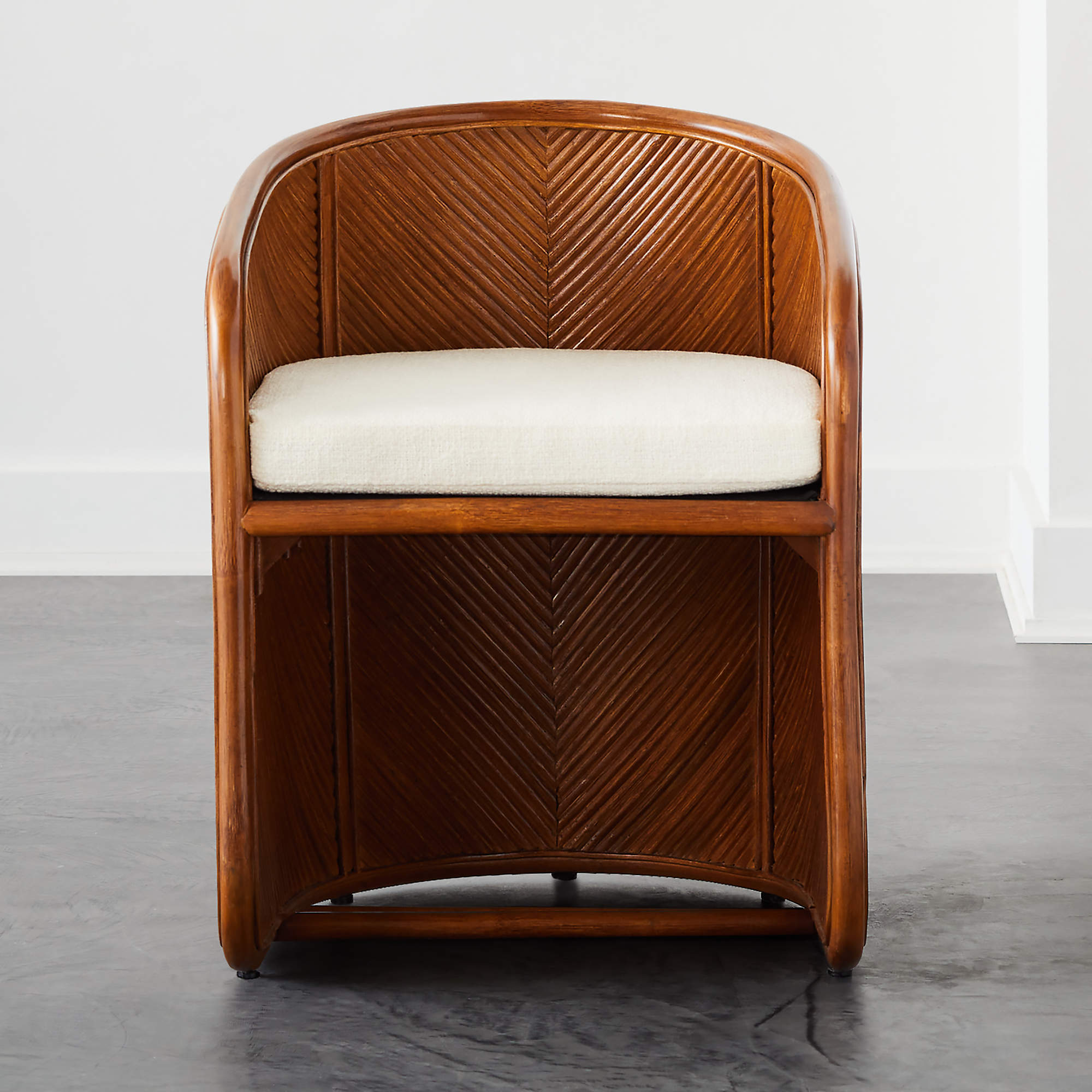