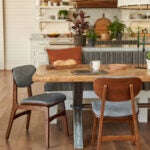 Within five minutes—I kid you not—of putting together Levity’s Scandinavian dining chair (it arrived flat-packed and took about 20 frustration-free minutes to assemble), my potty-training toddler sat on it and had an accident. Life is comical, isn’t it?

Under normal circumstances, panic would have ensued. A mad dash to blot and clean with attempted calm (“It’s okay, it’s okay—accidents happen,” all while steaming inside) would have played out. But instead, I was calm—truly. Because Levity’s upholstered furniture is specifically made to endure situations just like that one.

Were they not designed to be stain resistant as well as machine washable/dryable, would I have ever dared bring fabric dining chairs (albeit ivory ones!) into my home? Absolutely not. And I definitely wouldn’t have let that same nascent spoon user eat chili on that chair a few days later. As her tiny, sauce-covered hands grasped the upper cushion of the chair, I remained unruffled.

Rather than react in distress, I simply spot-cleaned the area with water—just because I didn’t have time at that moment to take the covers off and throw them in the machine. Then later that evening, I popped off the cushions with a forceful tug, removed the covers (they’re held on snuggly with superstrong elastic), and threw them in with the wash. They came out of the dryer in perfect condition and back onto the chair they went.

The start-to-finish process of removing, washing, and recovering is generally easy-breezy. And even though getting the covers on requires a little bit of finagling (it seems to be easier each time I’ve done it), it’s well worth the effort for the level of peace it brings me. Given all of life’s stresses, this chair has made it clear to me that nondurable upholstered furniture (or rugs for that matter) should not be one of them. But it’s not just the exterior covers that makes these chairs great, it’s that the interior cushions are covered in a waterproof material—which prevents spills from seeping in (remember that potty-training accident I mentioned?).

Another bonus: You can purchase an extra set of covers (choose from 16 solid colors and 18 patterns)—a nice option if you don’t want your chairs to be bare during washes or if you just like the idea of switching it up, the way one might with throw pillows on a sofa seasonally or as your tastes change. You could even get creative—taking inspiration from Jordan Ferney’s folding chairs—and dream up a two-tone look. And while you do that, don’t for one second contemplate which colors best hide stains, because that worry is obsolete. 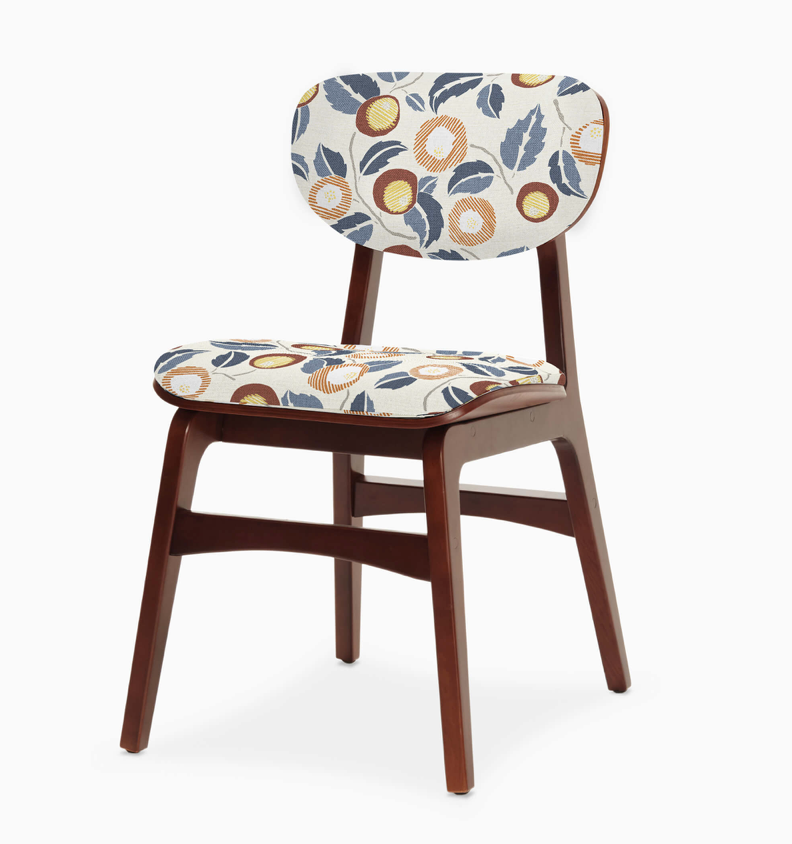 
Domino’s editors independently curate every product on our site, because we’re just as obsessed with a great deal and an under-the-radar discovery as you are. Items you purchase may earn us an affiliate commission.

The post I Tried a Washable Dining Chair—Here’s How It Held Up to My Toddler appeared first on domino.