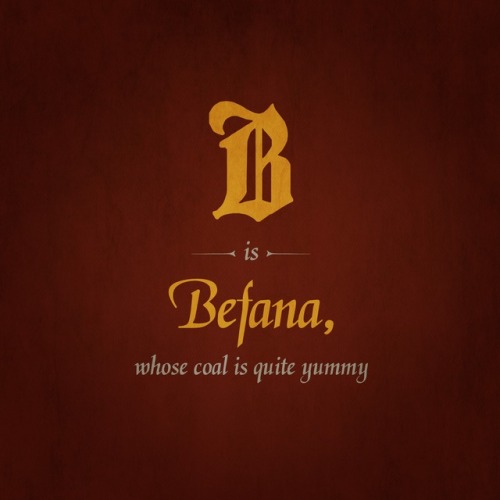 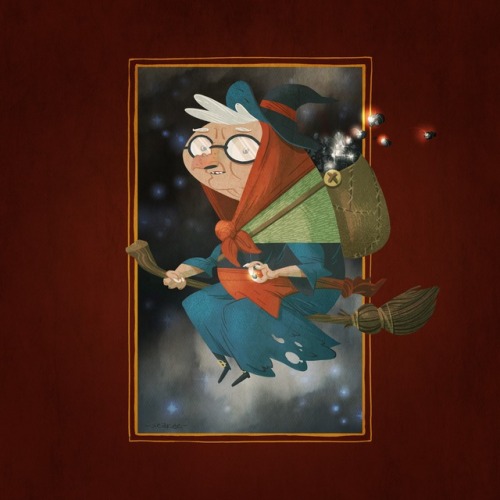 The Alphabet of Christmas, by Benito Cereno and Chuck Knigge, day 2: B is Befana, whose coal is quite yummy

La Befana is the friendly witch of Epiphany, delivering presents via flying broom every January 5/6 in Italy, or in Russia, where she is known as Baboushka (Grandmother). She also arrives in the week after Epiphany in the Dominican Republic, where she is known as La Vieja Belén (the Old Lady of Bethlehem), to deliver gifts to the poor children who were not able to see the Three Kings on Epiphany.

The story goes that La Befana (whose name derives from Epiphaneia, or Epiphany, the day on which the infant Jesus was revealed to the Magi) was an old woman who offered shelter to the journeying Wise Men but refused their offer to travel with them, as she was too busy cleaning. She soon regretted this choice, and she has since wandered the world looking for the Christ child, not finding him, but rewarding any good child she comes across in the meantime, and giving coal to any bad ones.

La Befana is a sentimental favorite of mine, because she is the first international gift-bringer I learned about, thanks to a project I did on Christmas in Italy back in elementary school.

Here is a very popular song about La Befana, based on an old children’s song:

La Befana comes in the night

With her shoes all tattered

B is also for: