America is not just a great melting pot of people — it’s also home to a wide range of popular home styles. Some are adapted from other regions and cultures and others are quintessential American styles. Of course, preferred home styles are a matter of personal taste, but they also vary by region of the country. For example, the southwestern parts of the US have homes that are distinctive, mainly with a low profile and plenty of stucco on the outside. 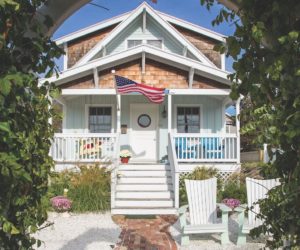 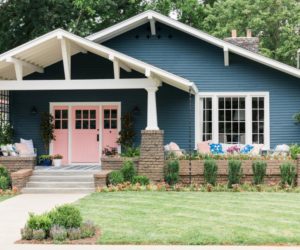 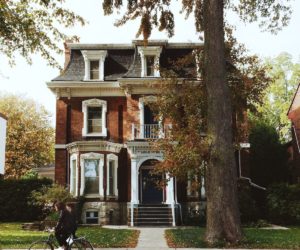 A true Cape Cod style house would look a bit out of place there.  Generally, however, you can find examples of the most popular homes styles in every city or region of the country. Take a look at these 15 popular home styles and see which ones are most appealing. 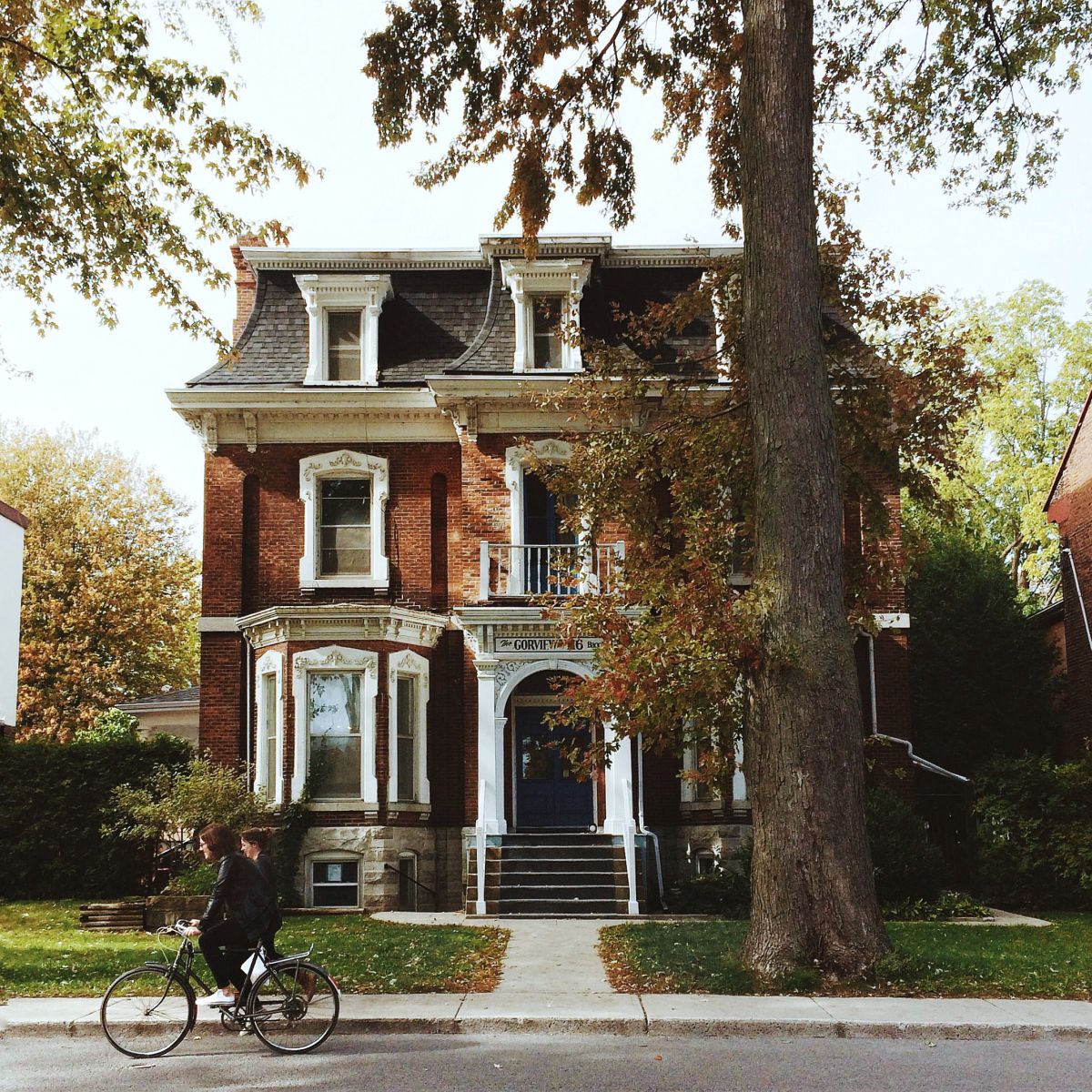 Victorian style homes are easily identifiable with their complex lines, plentiful trim and brighter paint colors. In fact, sometimes they’re called dollhouses or gingerbread houses because of all fanciful and ornate trim that Victorian builders used to embellish the homes, according to This Old House. The Victorian era is considered to be 1830 to 1910. The architecture of that era often has steep roof lines and is very eclectic throughout. The interiors most often feature separate rooms and don’t have an open floor plan.  In fact, according to 5-Minute History, homes built in that era often have architectural curiosities and oddities like doors or stairs to nowhere or windows into other rooms.

By strict definition, a farmhouse is the main structure for living on a farm. As people started moving off traditional farms, they took the casual and comfortable farmhouse aesthetic with them. Today’s modern farmhouse style is a bit different as these style homes are as likely to be found in a suburban area as they are in a rural area. Current types combine clean contemporary lines with a cozy farmhouse feeling that is very family friendly. Old or new, a farmhouse will have a couple of distinguishing characteristics. The first is a porch that serves as a spot to welcome guests, doff dirty shoes or sit and relax in the shade. Inside, formal and entertaining spaces will be located in the front of the house with the kitchen and more private areas are situated in the back.

Immediately identifiable, Cape Cod is one of the most popular home styles. Associated with New England where the style took root from building practices brought from England by the Puritans, the Cape Cod is a simple and symmetrical design. Typically, the style is a single story that is broad, topped by a steeply gabled roof.  While originally the top floor was not finished, in contemporary versions it often serves as a second story, accented with dormer windows. In addition to the characteristic windows, a Cape Cod house will have a centered entrance with a paneled door, that may or may not be accented with columns or other extra features, according to Antique Home Style,

Steeped in images of the English countryside, a cottage style home is actually a small house that can be old-fashioned or not. Modern versions of this popular home style are found in suburbs as well as rural areas. The original definition of a cottage refers to a house that has living space ion the ground floor and bedrooms on an upper floor under the eaves. According to Angie’s List, in the beginning, these types of homes were typically used as summer homes for upper and middle-class families until the 1960s and 70s when they became a popular home style across the country. Houseplans says that there are several defining characteristics for a cottage house: Picturesque dormers and steep rooflines, arched doorways and a front porch

If you grew up east of the Mississippi, you’ve probably seen plenty of Colonial houses, one of the most popular home styles. While these houses started as Colonial revival style architecture, over time they have evolved into one of the most common styles of homes with contemporary twists. Colonial houses are generally shaped like a square or rectangle and have symmetrical construction. Both the front entry door and the main staircase are typically located in the center of the home. Some of the old-school elements that distinguish this style are still found in modern colonials, such as plenty of brass fixtures and formal entryways.

Just as some popular home styles are limited to the eastern United States, Spanish style homes are typically found in California, Arizona, Florida and Texas. Reminiscent of the 18th-century missions in California, they are characterized by terra cotta colored roofs, plenty of stucco and wrought iron details. Even within this type of house, there are different subsets. In general, these types of homes have roofs that are flat or that slope only gently, arched doorways and asymmetrical construction. This same style is sometimes called Hispanic or Mediterranean, or even Spanish eclectic.

Among the most formal of the most popular home styles, Georgian style homes are a classic style of architecture. Strict symmetry, restrained decorative elements and a hip roof distinguish this type of structure, which is tied to the era of England’s Kings George, I, II and III as well as the work of architect Sir Christopher Wren. According to Wentworth Studio, the roofline and placement of the doors and windows are hallmarks of this type of house. While brickwork is mainly associated with Georgian houses, it is not uncommon to see other materials used, such as clapboard, stucco or stone.

Barn homes are generally one of two things:  A barn that has been converted into a home or a home that has been built with features of a barn. These popular home styles are gaining market share as people look for a “homier” home. Of course, this doesn’t mean that all barn homes are country-cozy. The range of styles is wide and can even be quite modern. Regardless of what style edge it has, a barn home will have some common characteristics, according to Yankee Barn Homes. Most barns barn-homes are proportioned to look tall, rectangular and have a pitched or gambrel roof. They will use post and beam construction, incorporate barn windows and feature a great room inside.

Originating in the southwest, ranch style homes are one-story structures that feature an open floor plan and casual ambiance. They became very popular in the 1950s and 1960s as suburban areas started to grow. These types of homes are known for having a low-pitched roof and eaves that extend out from the house, along with an attached garage and a large window facing the front yard. At the start, they were of modest size — about 1,300 square feet with three bedrooms and one bathroom. In recent times, the typical ranch home has gotten bigger, says Angie’s List.

Tudor is one of the home styles that European architects brought to America from their native region. This type of house is a mishmash of late Medieval and early Renaissance styles, says the Wentworth Studio, and they were the dominant style in the 1920s and 1930s. Identifying features of a Tudor home include stucco walls, often with decorative timbering, steeply pitched gabled roofs and a masonry chimney.  The entrance is placed asymmetrically on a Tudor and typically has an arched doorway, board and batten door, and pieces of stone set into the brick around the opening.

The Craftsman style of home is a child of the Art & Crafts movement, which had its heyday from 1905 to 1930. It is known by its signature low-pitched gabled roofs and broad eaves. Generally, a single story or one and a half stories tall,  these homes have a large front porch. It used to be that most all Craftsman style homes were bungalows, writes Antique Home Style, but not all bungalows are Craftsman style. The style faded from popularity in the subsequent decades until the 1980s. Today’s contemporary versions are larger and incorporate only some of the features characteristic of this movement that promoted a simpler, hand-crafted style.

A suburban house might be thousands of miles from the sunbaked, rolling hills of Tuscany, but that doesn’t mean that homeowners don’t try to capture that warmth and comfort. One of the most popular home styles, Tuscan houses are distinguished mainly by the materials used in construction: natural stone, terra cotta, stucco and tiles. Typically, Tuscan homes also have enclosed courtyards and feature taller, narrow windows with shutters — sometimes merely decorative. Somewhat similar to Mediterranean style, Tuscan homes have a rustic vibe, accented with Old World elements.

The breezy, open floor plan of Mediterranean style houses has made them one of the more popular home styles in the country. While the typical Mediterranean villa might be a bit more rustic, contemporary homes in this style have all the creature comforts combined with the best features of the traditional plans. These homes can be one story or two and are often more sprawling than other styles that rely on a strictly rectangular footprint. A lo-pitched tile roof is commonly paired with a stucco exterior, which is accented by arched windows and doorways. Mediterranean homes generally include courtyards or gardens that have a European flair and are ideal for locations that can enjoy a long outdoor season.

The term mountain style might conjure up images of a little cabin in the woods, but mountain style homes are so much more than that.  Today’s versions are architecturally refined homes that make the most of their location. This means that it puts the focus on nature in every way possible. From using natural and local materials in the construction to the large windows that bring the outside in from all angles, mountain style homes work with their surroundings to blend in. Open floor plans maximize the usage and enjoyment of the home and low-maintenance landscaping with native plants makes the property more care-free.

Defining contemporary home style can be a bit like trying to nail gelatin to the wall. The range influences, elements and looks is very wide and can be difficult to pin down. Regardless, contemporary means “of the moment” so current trends can come into play as well as regional preferences. New contemporary home styles do tend to have some things in common: Energy efficiency is important, sustainable materials play a role and plenty of natural light is a feature. Moreover, contemporary houses all have a spacious feeling, whether they lean toward the modern end of the spectrum or not.

There are so many more types, but these are among the most popular home styles. Reading their descriptions, it’s easy to see why they are so favored, and why some are more common in certain geographical areas. See which one is your favorite.

The post Before You Plan Your Dream House, See the 15 Most Popular Home Styles appeared first on Home Decorating Trends – Homedit.