Downsizing from a 1,300-square-foot two-bedroom to a 31-foot-long motor home takes some serious organization skills, but living a pared-down life is no match to the freedom that comes with it. Sarabeth Hurst and her husband, Payton, along with their Newfoundland, June, needed a breather after two years of navigating a pandemic (she’s in health care; he is a winemaker). “We were so burned out,” says Sarabeth. But as the family practice where she was working in Denver began to focus on telemedicine appointments, Sarabeth saw a way out—literally. Rather than sign a one-year lease or plan a weekend away, the couple decided to start auditioning towns across the country for their next home base by way of van life.

Decked out with plywood storage, a baby blue banquette, and a sage green mini kitchen, their Airstream isn’t your typical house on wheels. “I’ll admit, the choice was 90 percent about aesthetics,” Sarabeth says. “But if I could do it all over again, I would get the same thing, only a few feet smaller.” Their Classic model, the second largest in the brand’s fleet, has almost too much space; despite having a real bedroom with a door, the vehicle is clunky to maneuver and park in each new place.

Inspired by designer Max Humphrey (known for his elevated take on classic Americana—think: bandana-print throw pillows and wide-brim hats as wall decor), Sarabeth called up RV design firm Nuabode to make her summer camp, “outdoorsy grandma” vision a reality. Happier when there’s color around, Sarabeth’s first concern was not being able to paint the stark-white interior walls. “I hated the builder-grade, cookie-cutter look of most of the units we looked at,” she says.

The primary bathroom in their Denver home had a wall of emerald green zellige and a living room fireplace featuring pale yellow brick, but just like their stuff, those previous large washes of color needed to be condensed. So for the Airstream bathroom, she opted for miniature 1-by-1 green squares—but not without pushback. Every contractor or builder Sarabeth sought advice from steered her away from anything ceramic and toward cheaper, more durable vinyl. Because of the constant rocking of the structure, made worse by uneven roads and unpaved trails, tile isn’t the stablest (or safest) material option.

Yet “if we were going to uproot our lives, I still wanted to live somewhere beautiful,” says Sarabeth. “I knew larger slabs would be more likely to shift, so I went as small as I possibly could.” The same goes for the backsplash, where traditional subway tile (but in a powder pink shade) goes just three rows above the newly installed butcher block. The cabinets, another custom inset by Nuabode, got chunky round pulls in the same verdant paint hue—Sarabeth’s favorite color.

Secretly stashed in the side of the sofa are a trundle platform (also June’s preferred spot to curl up), a television, and a dining table. Each one is ready to be whipped out or unfolded, whether for a movie night in or a dinner party with friends. “We still like to entertain,” Sarabeth says. “Four of us can squeeze around the table.”

Tucked into the back end of the vehicle is the Hursts’ bedroom. With their mattress on a drawer-abundant platform positioned crosswise, as opposed to the usual longways orientation, Sarabeth now wakes up to a view of whatever national park they’ve put down roots that week. Rather than keep the Airstream’s original recessed light fixtures, the couple had a pair of statement sconces installed to ensure a cozy wind-down.

“We’re looking for a wine region we can settle down in,” she says of their cross-country journey over the past 18 months, which has spanned Vermont to Arizona and back up to the Pacific Northwest. “This is our version of a reconnaissance mission,” she adds, laughing. Next on Google Maps: the mountains of Idaho. 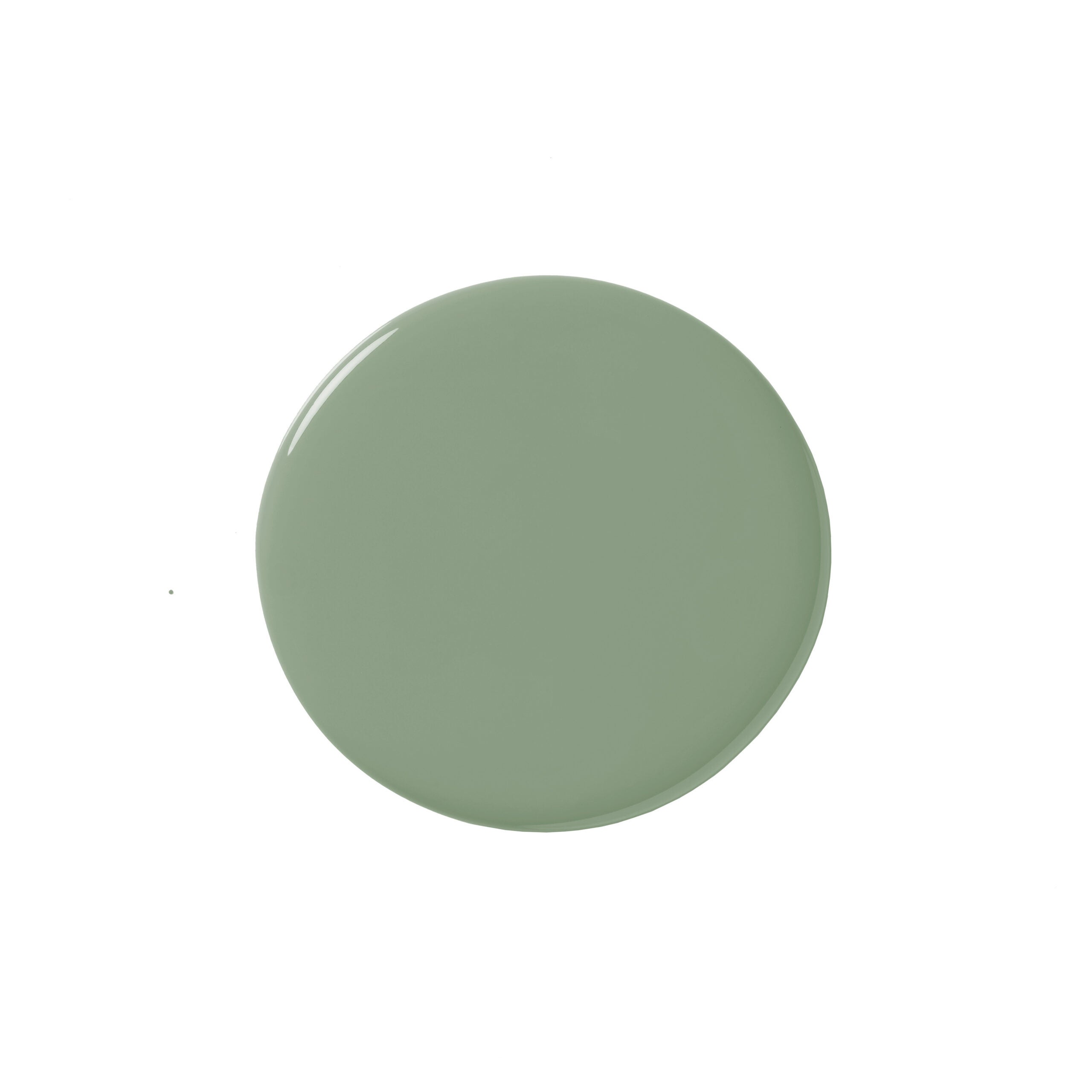 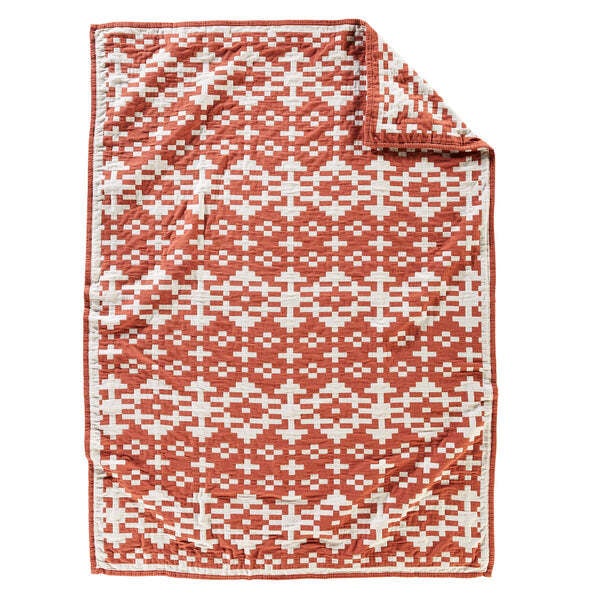 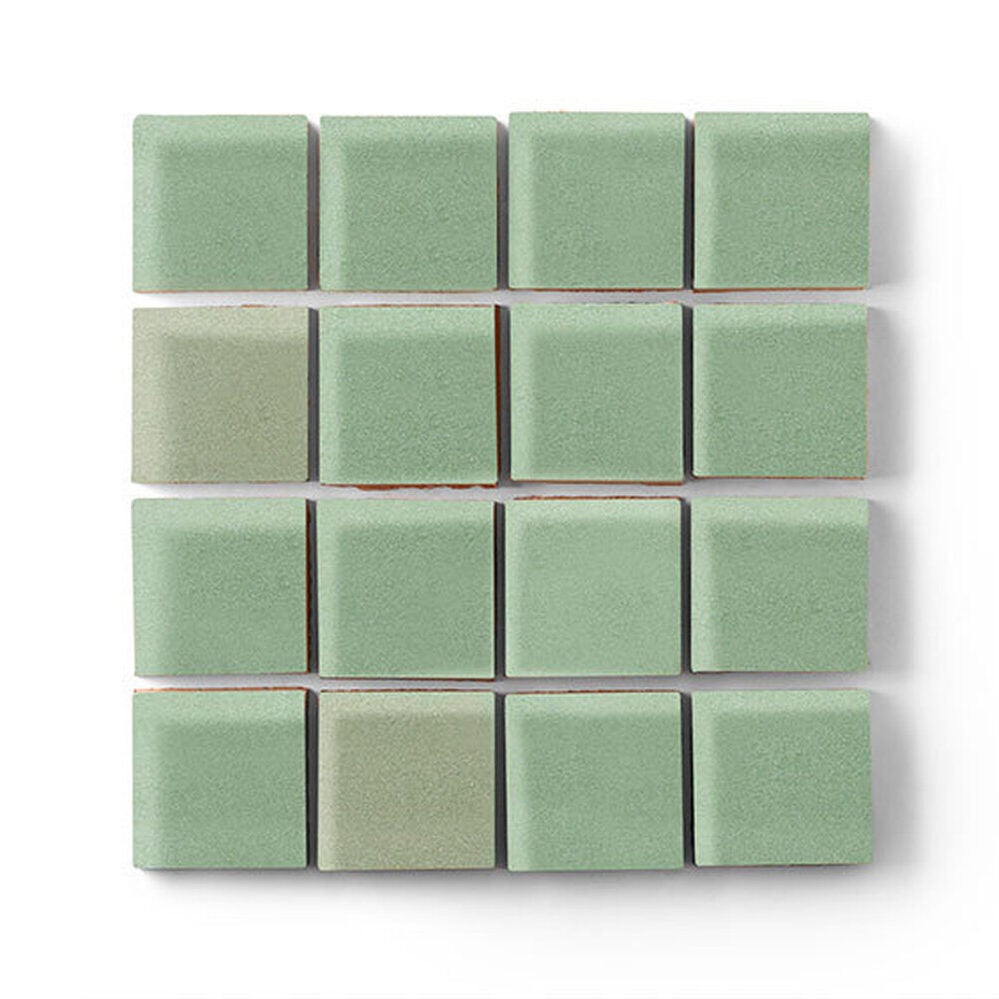 
The post A Powder Blue Banquette and Green Cabinetry Prove That Motor Homes Can Still Be Stylish appeared first on domino.